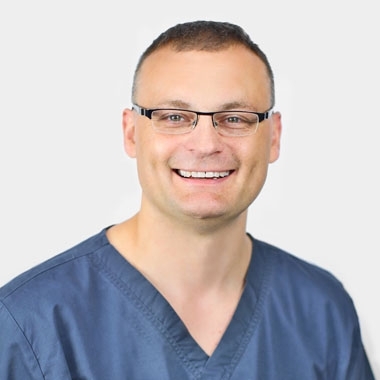 In 1996 he graduated from the Medical Academy in Gdansk. He has a specialization in dental surgery granted by the Ministry of National Defence in 2000.
He received a diploma in Implantology from J.W. University. Goethe University in Frankfurt.
In 2016/2017 he completed postgraduate training at the Mediterranean Prosthodontic Institute in Spain and at the University of North Carolina in Chapel Hill. He has participated in many trainings in the scope of implantology, endodontics, periodontology and prosthetics. He is a member of PTE and PSSM. Since 1998 he has been running his own dental practice, where he has been performing implantological procedures since 2003.